As a part of a landscape regeneration of Beare Park, Elizabeth Bay, we were appointed by the City of Sydney to redesign the existing amenities building.
The building is set against a rock face on the south-east corner of the park on the edge of a large open lawn. It is also viewed from above by residents of neighbouring apartment buildings. The Lord Mayor, Clover Moore, once lived in the neighbourhood and along with local residents, took particular interest in the design brief and outcome.

Critical elements of the brief were to uphold the City of Sydney’s environmental objectives. We also needed to provide an accessible and safe building sympathetic to the existing landscape by incorporating a green wall and roof, and by retaining as much of the existing brick shell as possible to minimise the use of new materials. Our solution introduced a steel screen to neatly contain vertical planting, and a new concrete roof supported by the existing brick walls planted with drought-resistant species.

One of our key objectives was to maximize natural light into the toilets, including light reflected off the water to the underside of the new off-form concrete roof as well as providing a connection back to the harbour from inside the building, by way of a mirror window.

The result is a robust, light-filled, low maintenance, vandal resistant building, that sits unobtrusively within its landscaped setting. 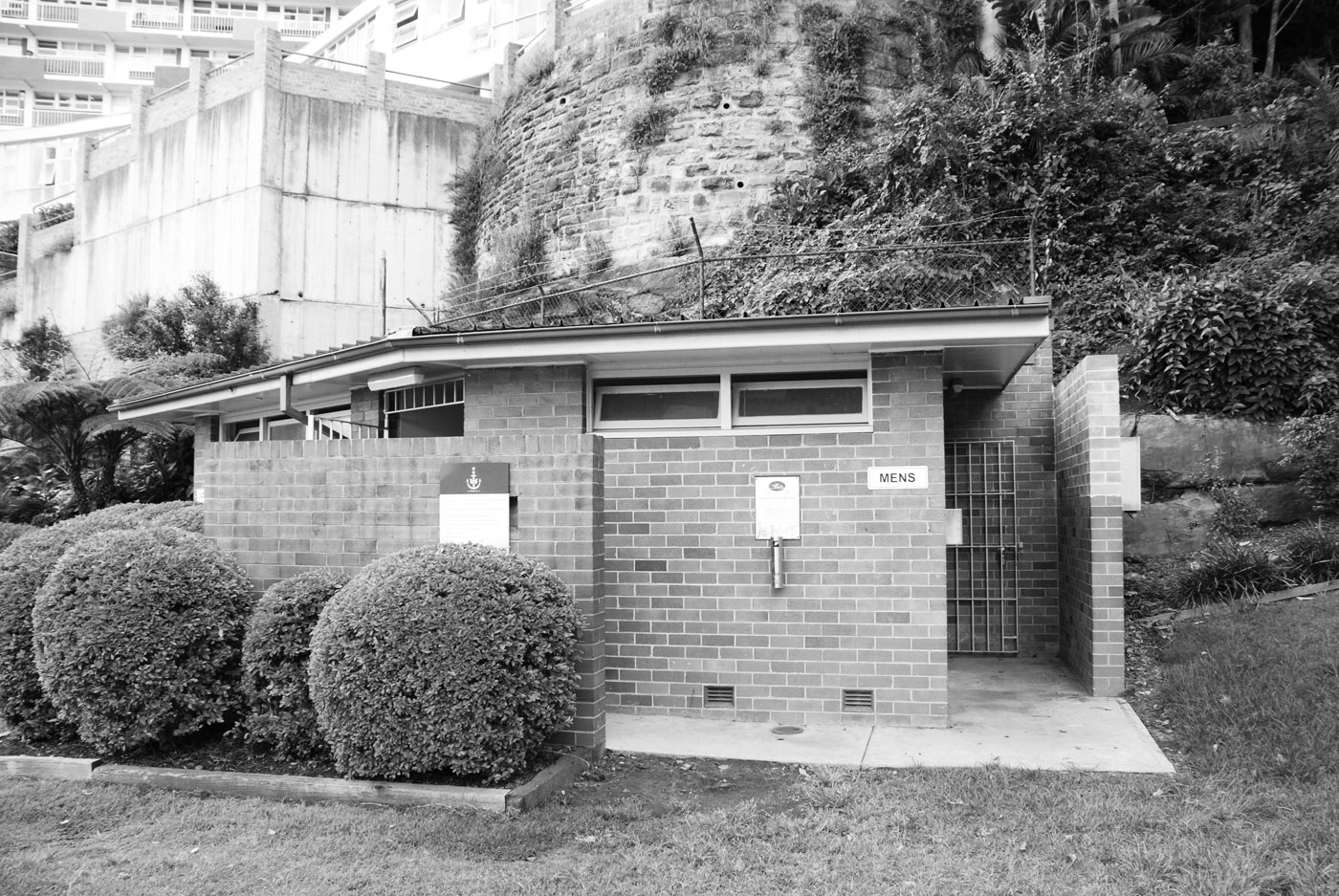 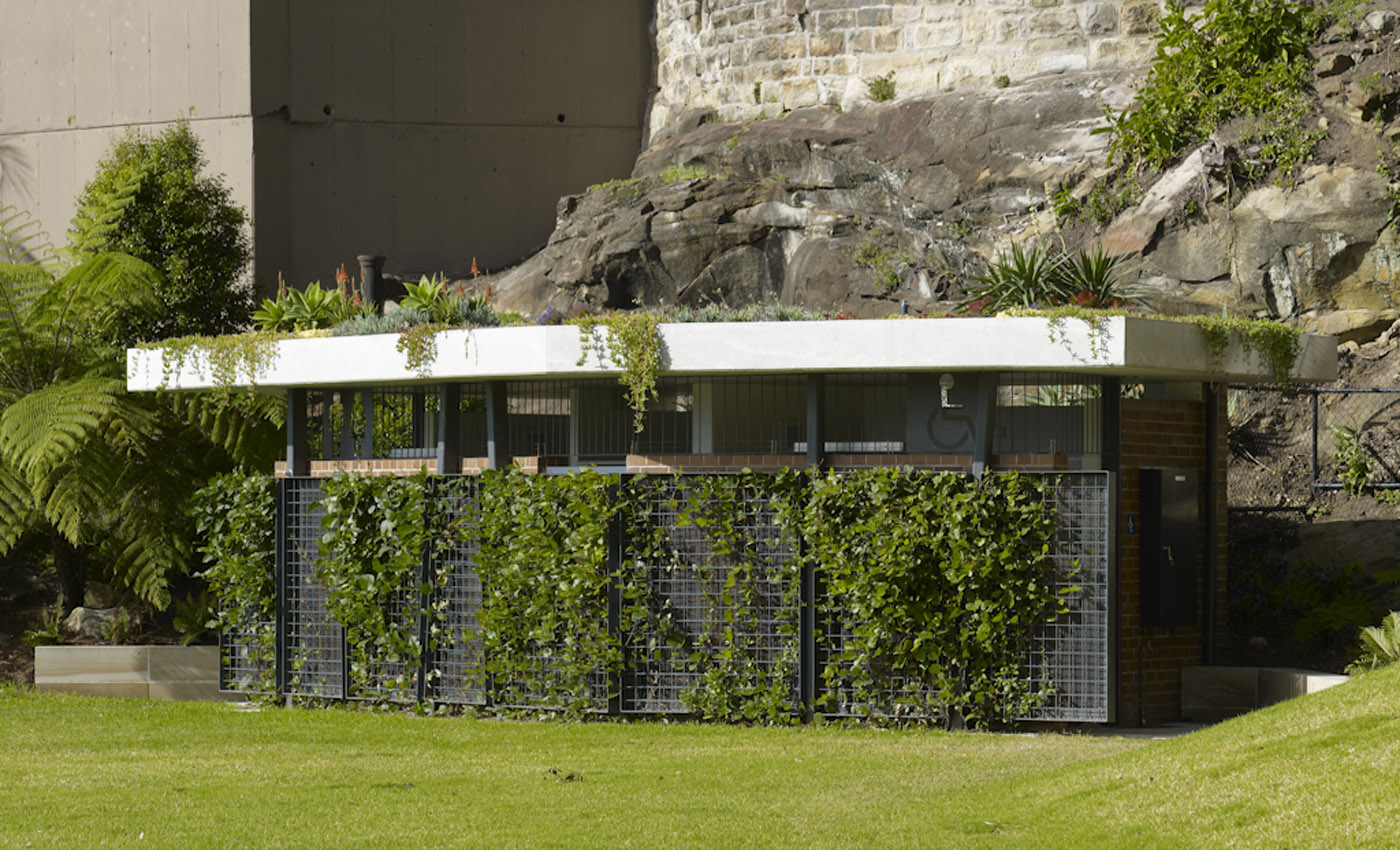 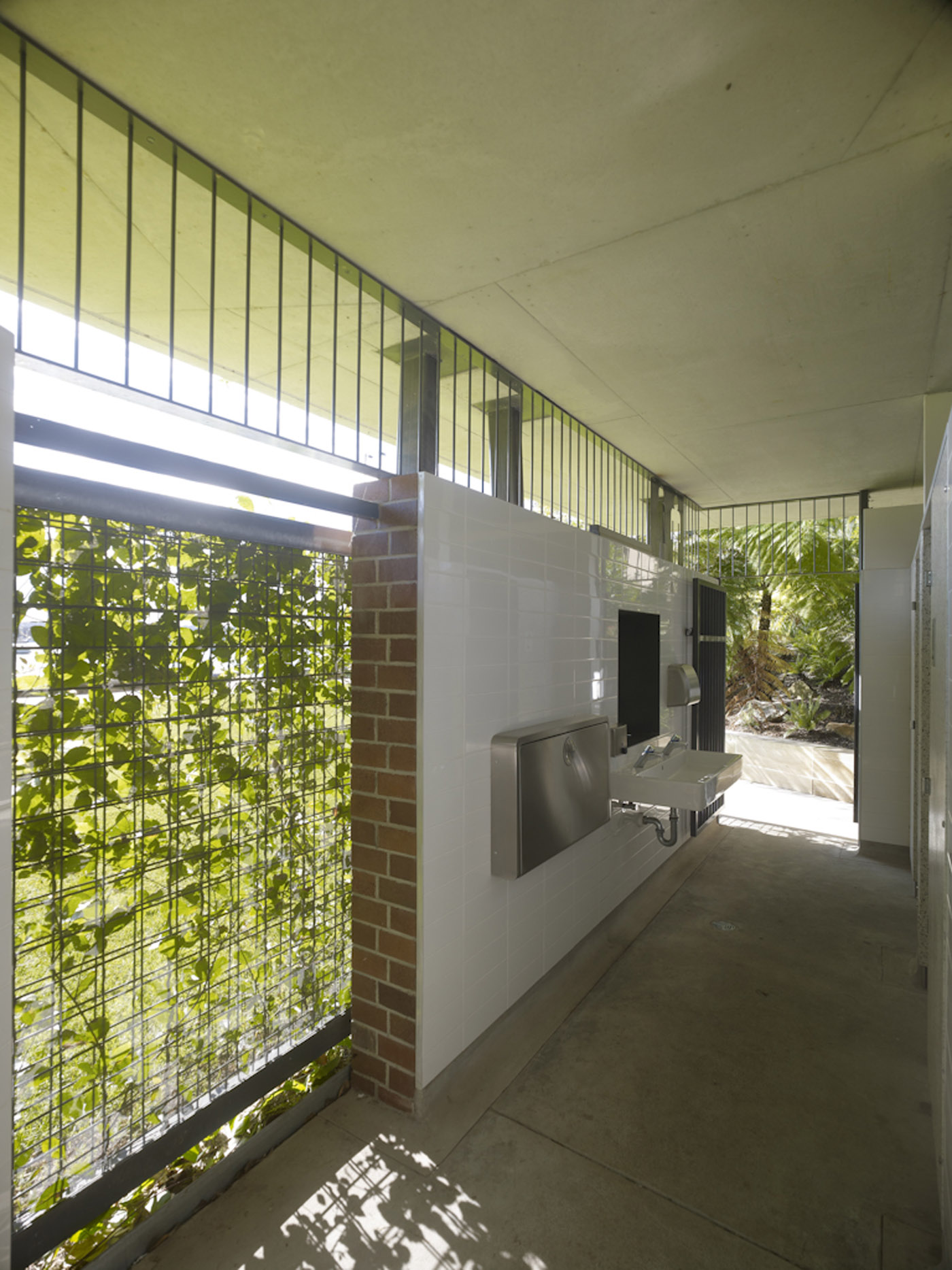 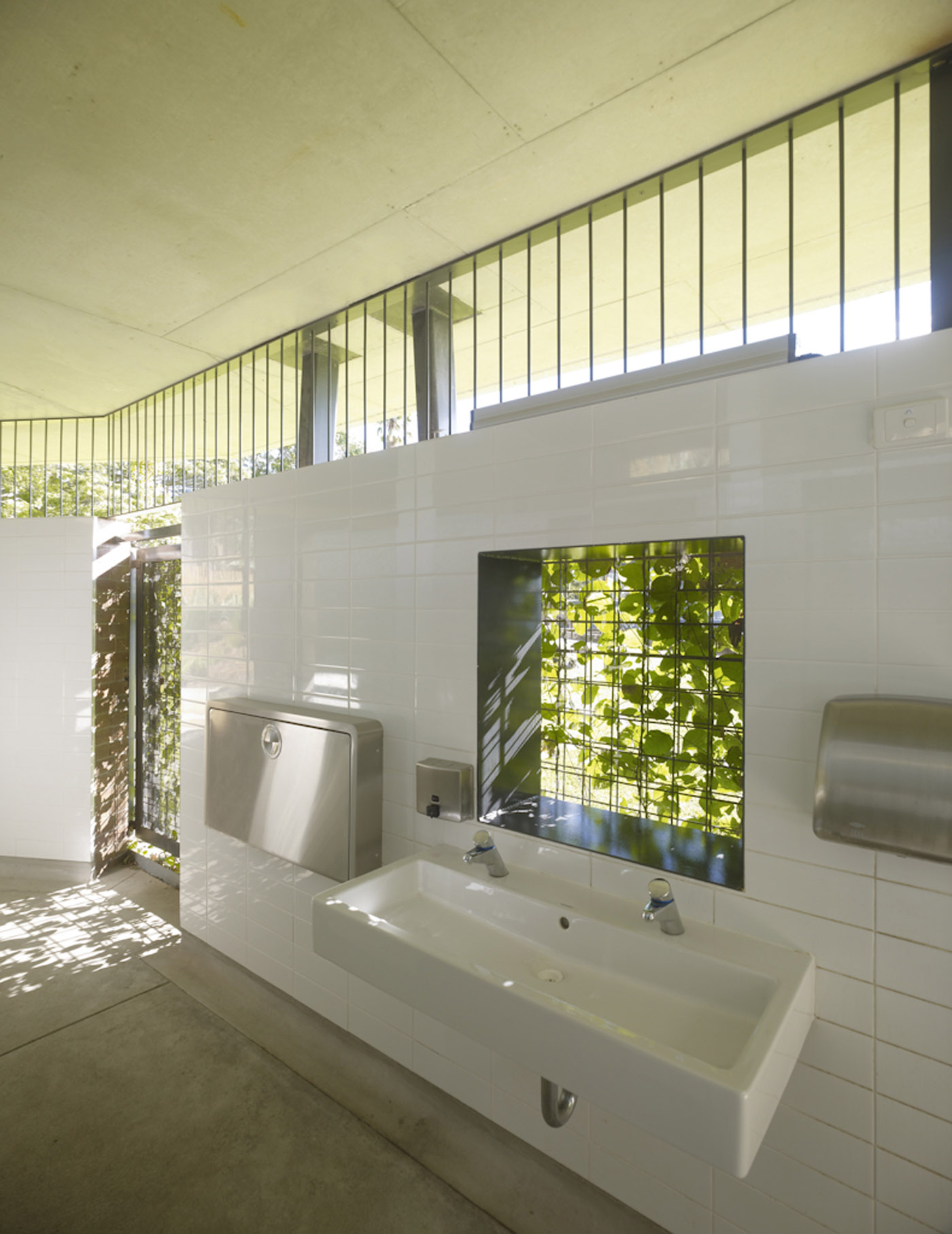 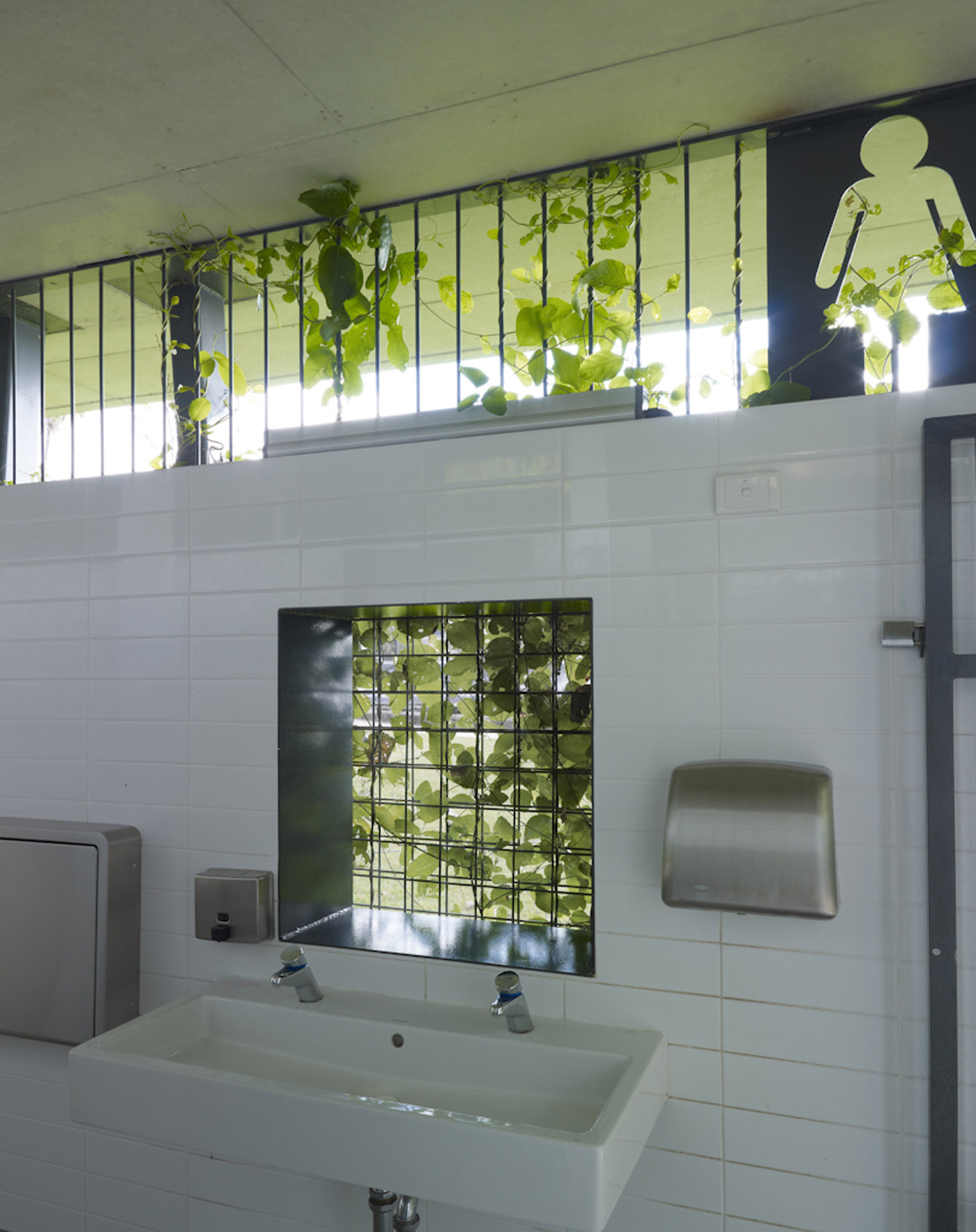 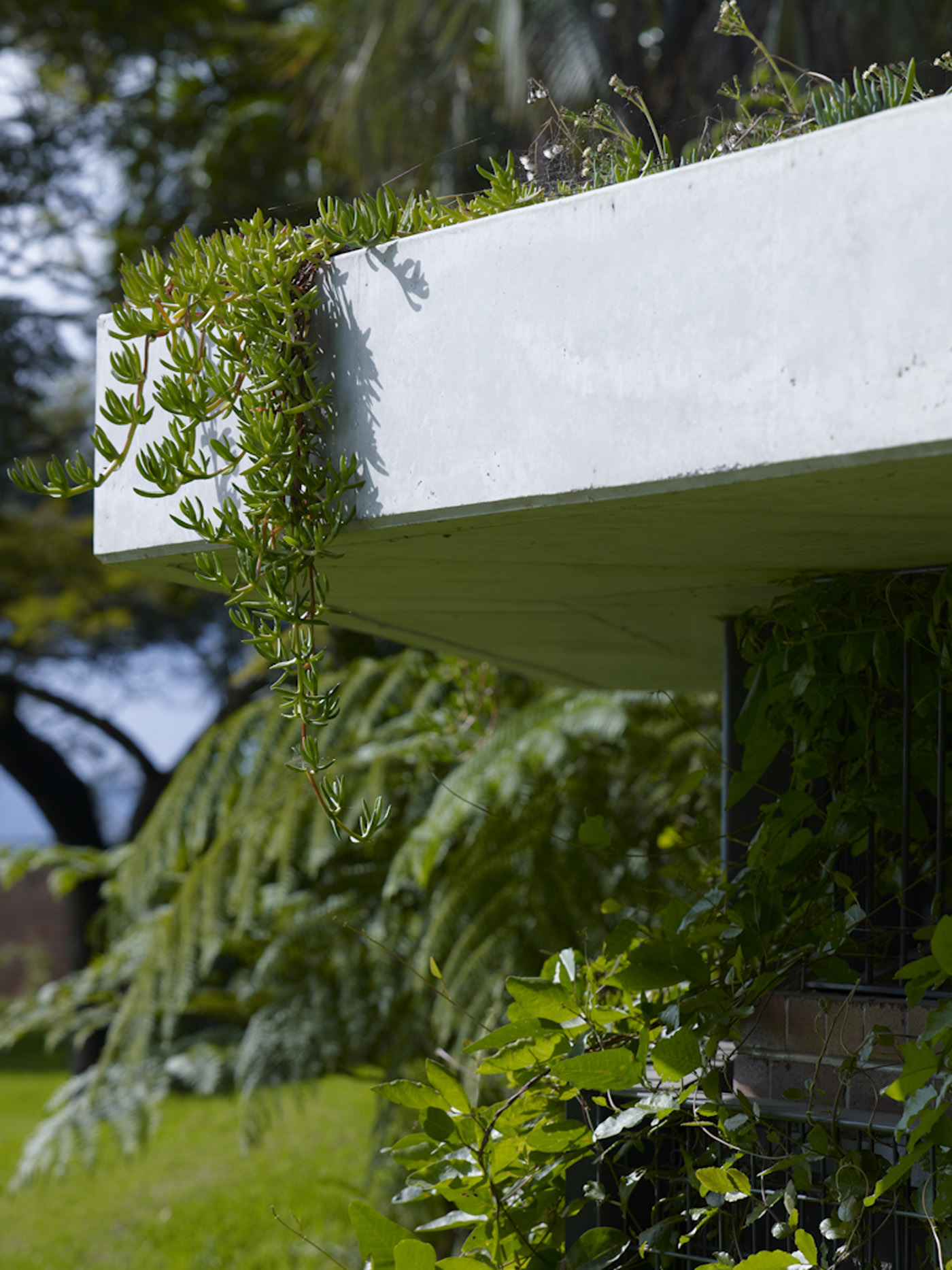 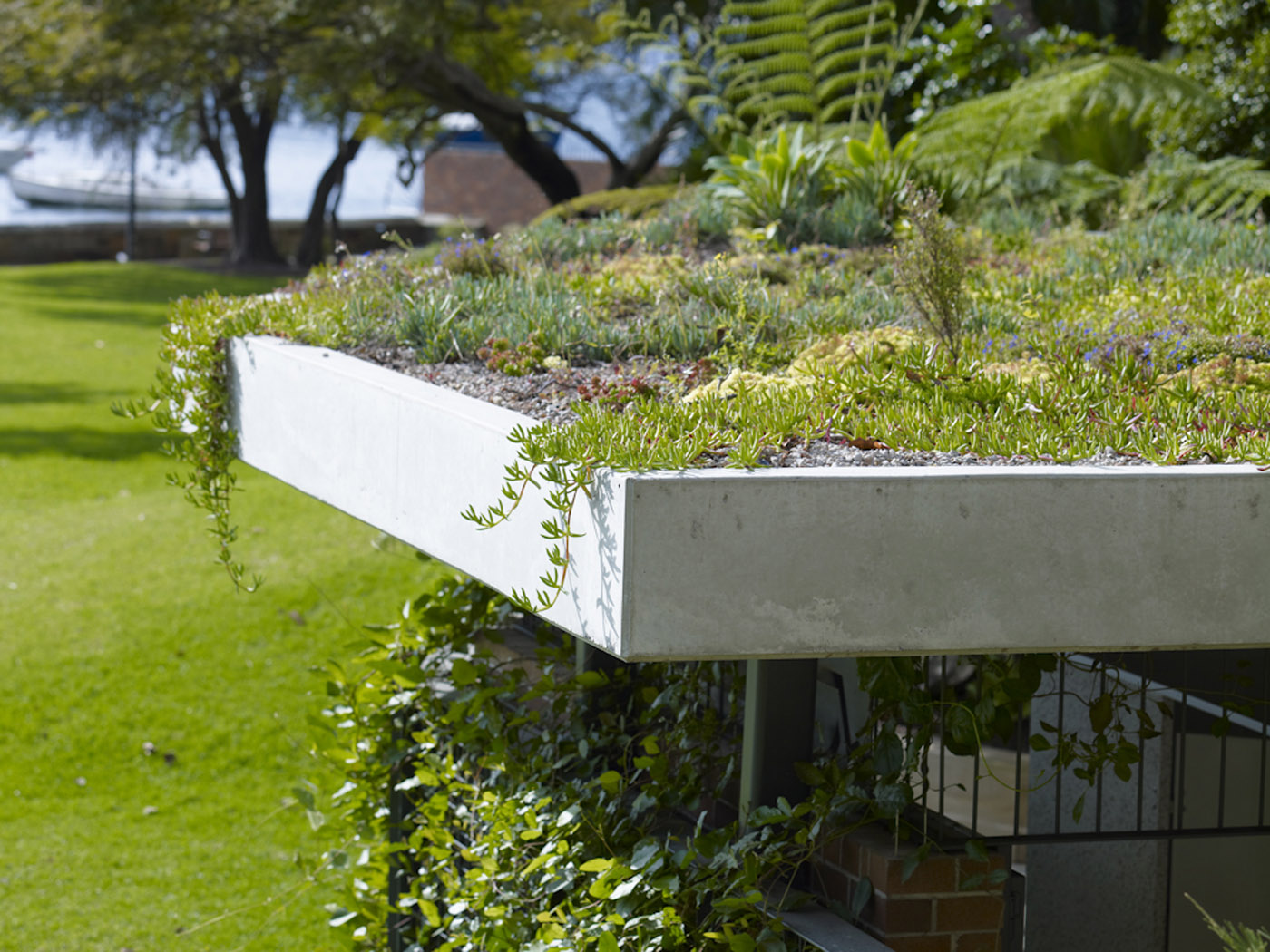 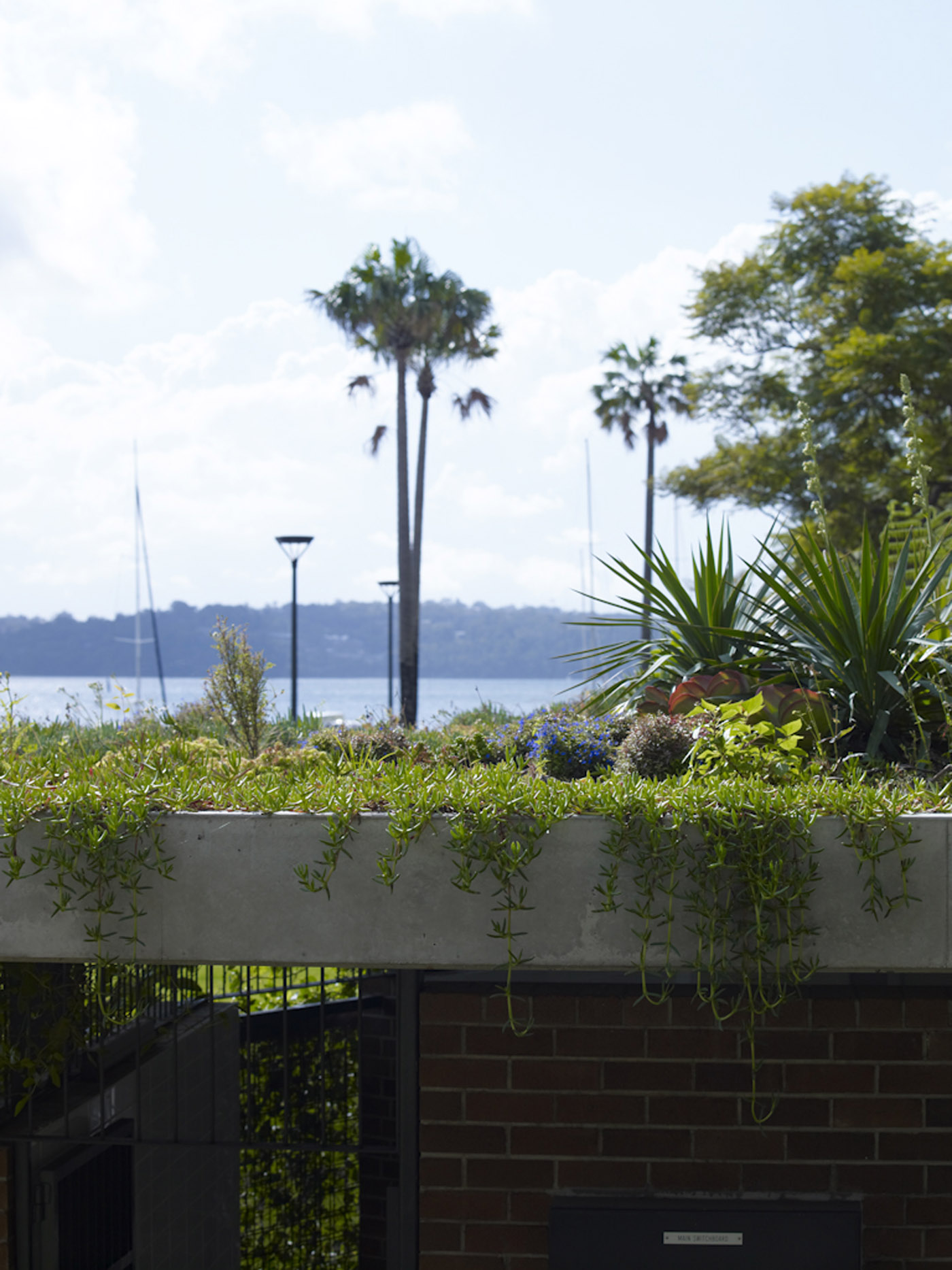 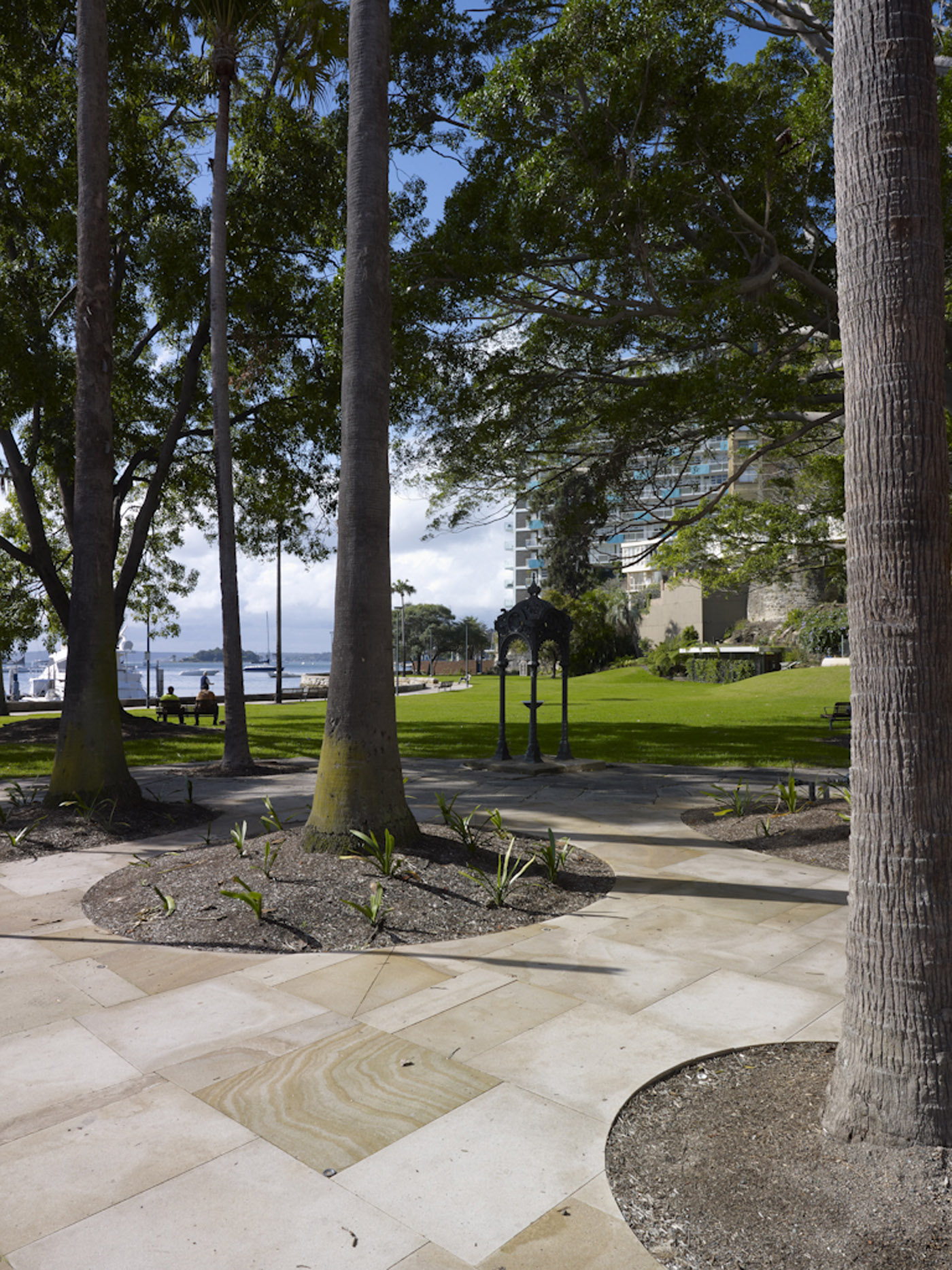 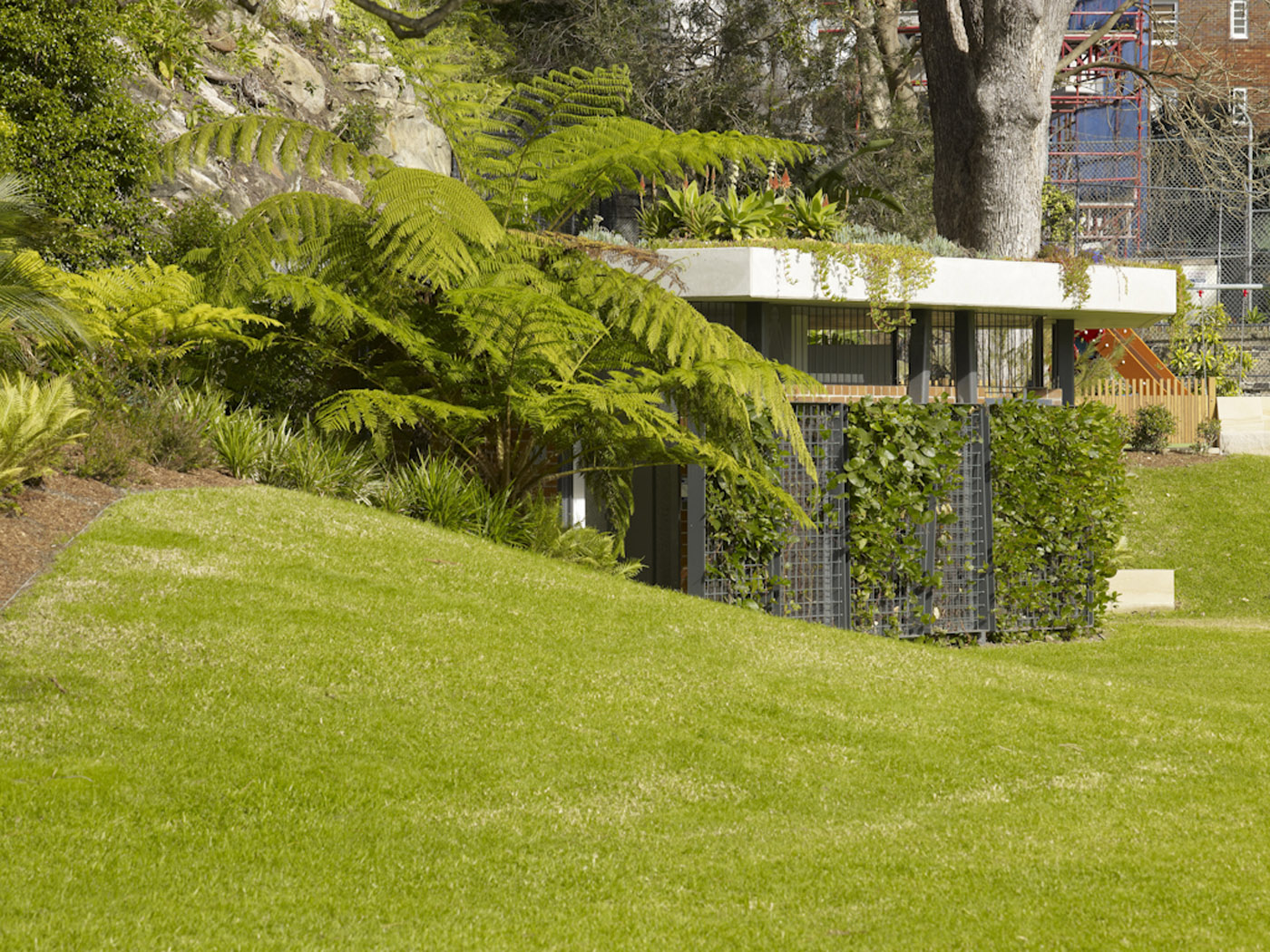 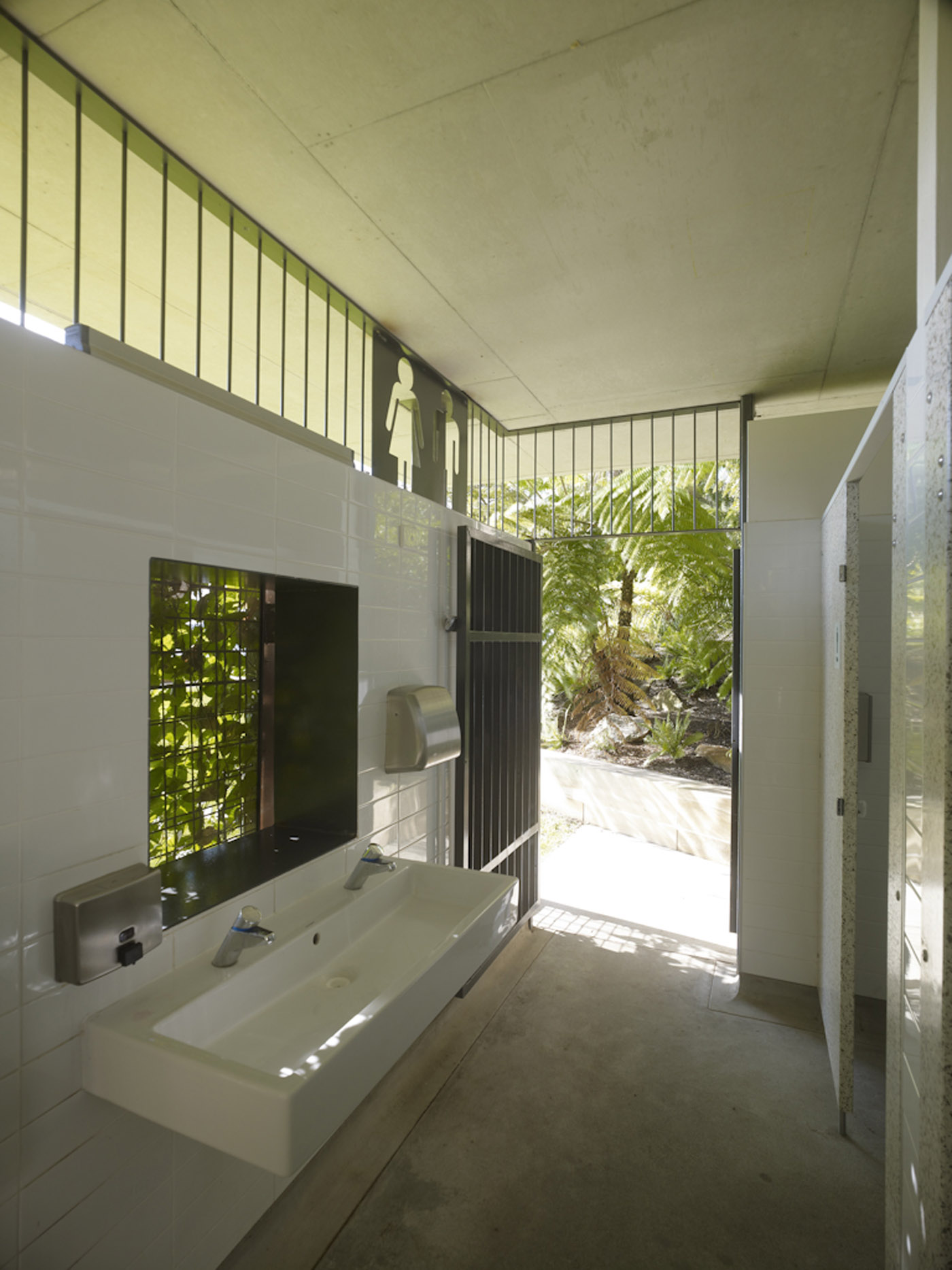 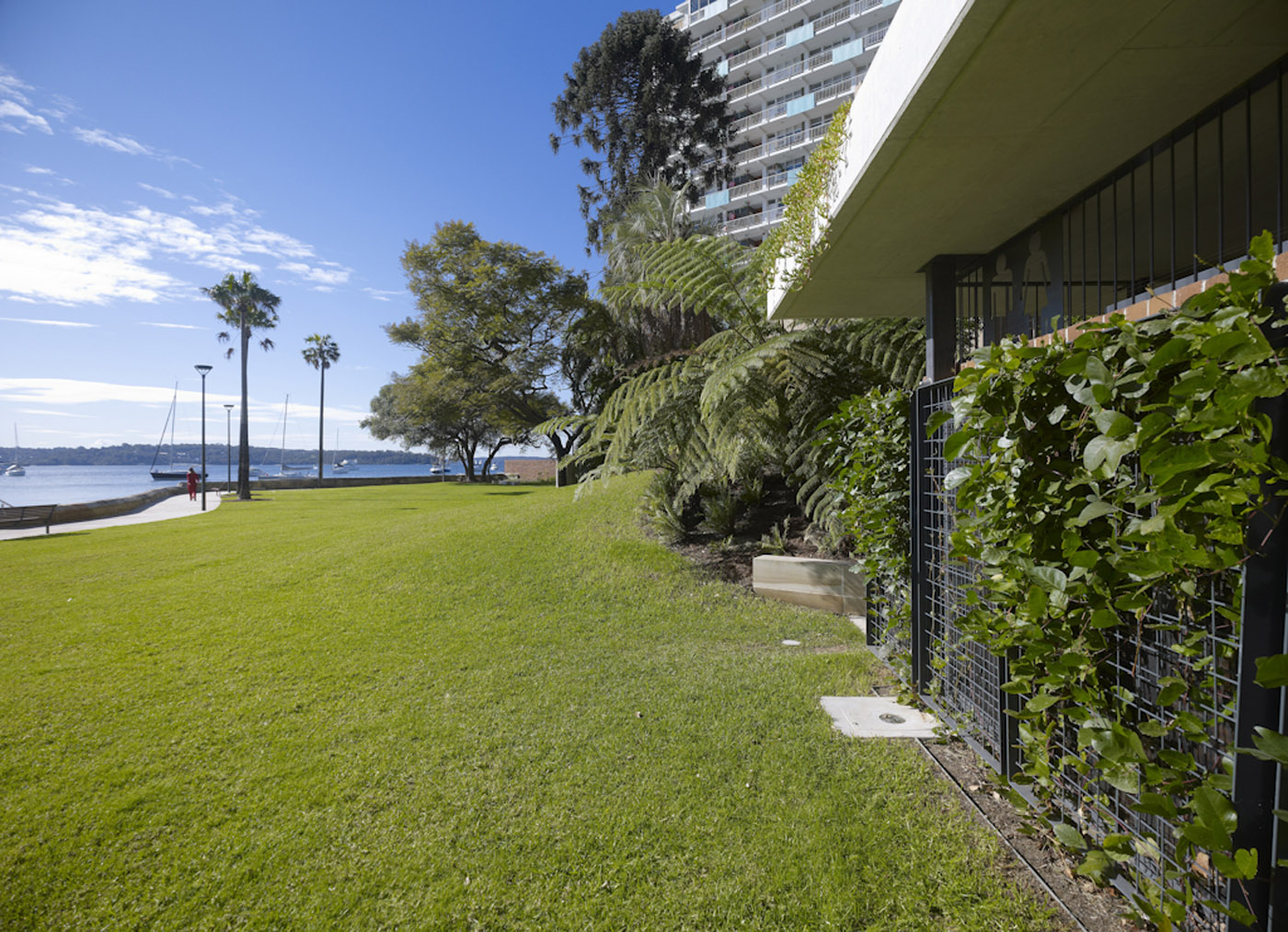