Sam Crawford Architects (SCA) are engaged by City of Canterbury Bankstown, to deliver a new community space building to the community of Hurlstone Park. Sited in Hurlstone Memorial Reserve, this project will deliver a much needed hub for an active and diverse community.

The brief required SCA to deliver an enclosed community room with an associated covered outdoor area to be available on a hire basis, as well as an external accessible WC open to all park users. A series of complex environmental factors necessitated an agile design response to deliver a building that could enhance its wider context and lyrically and pragmatically respond to the needs of place and people.

Sited in the north eastern corner of the park, the new community centre has been designed to sensitively respond to the site’s physical attributes and it’s heritage setting; the built fabric which remains and the memory of that which has been augmented over time. The building is expressed as a pavilion and is experienced in the round. Its curvilinear forms reference the old creek line which runs along the site’s eastern boundary; the line of the creek now remnant only in the historic subdivision pattern, as well as the resultant site terrain. This site has been subject to quarrying and the manner in which it has been carved out over time illustrates its history of progression from a natural condition to an industrial use and now an open recreation space for the whole community.

The building will be constructed with a raised concrete plinth forming a seated spectator’s edge with the enclosed spaces clad in timber. The roof form is expressed as a series of pitched elements with screens that turn down to reference the roof forms of surrounding dwellings. The materials, colours and forms of this building seek to compliment the federation heritage of the area. This seemingly unassuming building has a loaded responsibility and capability to serve its community of Hurlstone Park. 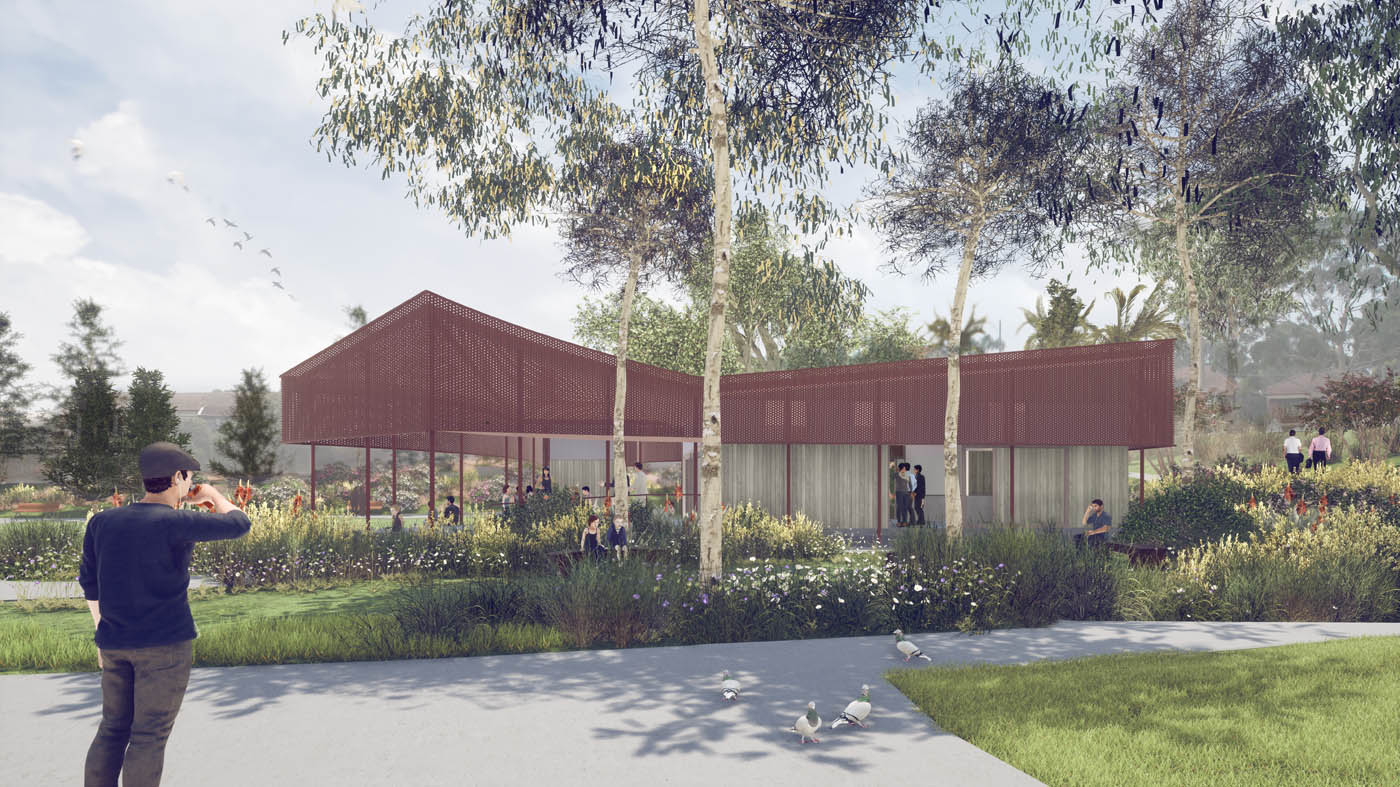 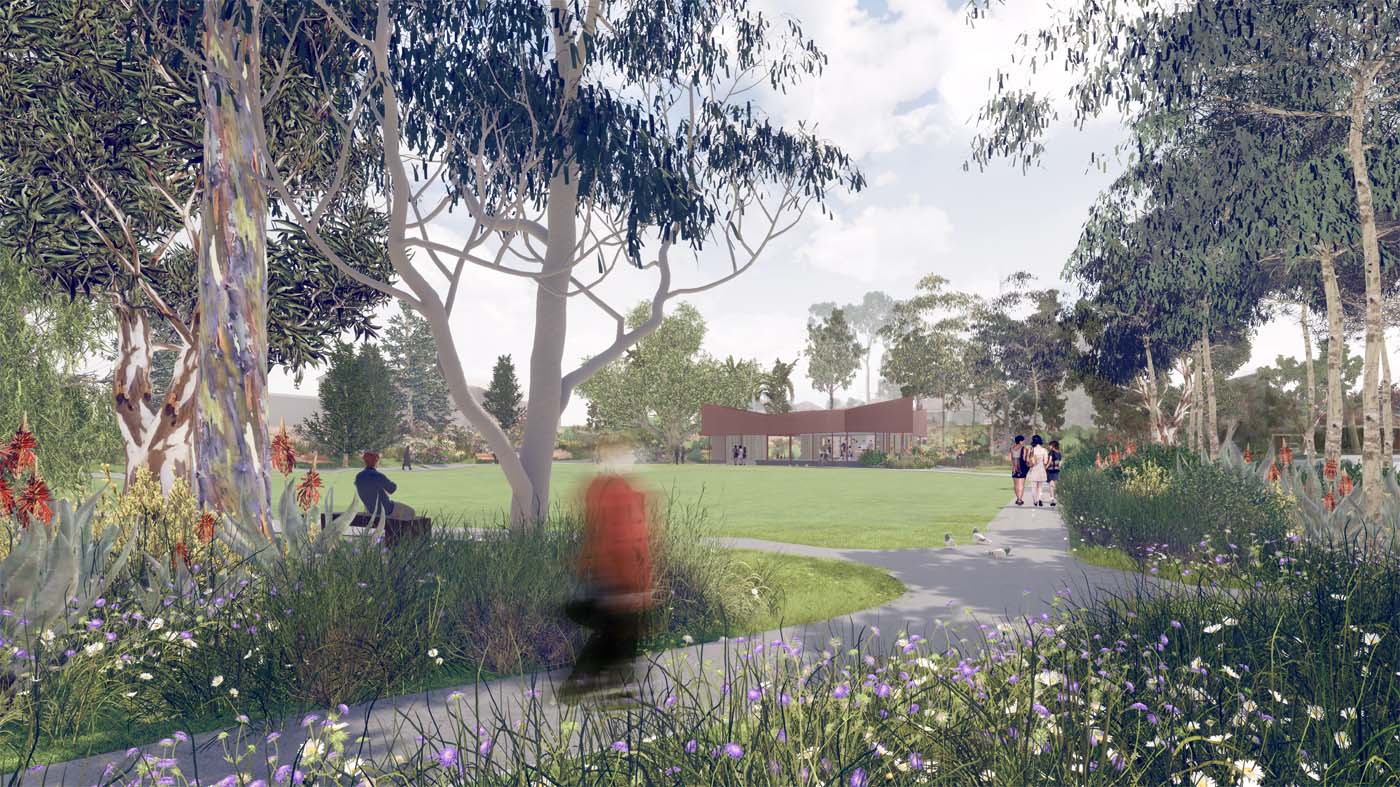