Making: 2014 was a celebration of ideas, examining different approaches to achieving architectural excellence that challenge cultural, economic, social and political environments. We were intrigued by the role of the architect as the maker of environments and connections that extend the bounds of traditional practice.
Speakers were drawn together in the most isolated capital city in the world, Perth WA, from our least known continental neighbours. We revealed architectural excellence grown in different economic, cultural and political contexts, looking to Asia, Africa and South America to discover alternatives to the European models.

Making Culture positioned architecture as an element of culture, and the process of making architecture an act of cultural production.This approach asserted that the interpretation of and contribution to culture(s) as the primary productive task of architecture, before response to brief, program, site or other obligations. A series of conversations explored how the appeal of culture may be used as a tool to enable architecture’s trans-formative function, to enhance the particularity of place and to stimulate a renewal of institutions.

When we make architecture, whether at the scale of the intimate or urban, we are engaged in making the framework, the infrastructure of the lives we share.

This is an enormous privilege and responsibility; profoundly so in conditions of less privilege, where every expenditure of effort, of energy and resources, must be employed for maximum benefit to MAKE LIFE better.

Architects from a range of different communities and cultures shared their stories, demonstrating the transformative power of MAKING beautiful and useful places for real LIFE.

Like “sustainability”, the term “collaboration” has started to become a catch cry for architects – we hear it all the time but what does it really mean? Is collaboration the term we use when we hope that everyone will agree with our idea or is this the art of conversation and conflict resolution? Or so much more?

MAKING CONNECTIONS examined projects and practices that generously engage with other ideas, people, environments and situations at a range of scales, to produce unexpected outcomes both formally and culturally.

Can architecture be a verb that brings action to some of the big issues we’re facing by harnessing its essential capacity to conceive and co-ordinate resources for public good, and create public value? Australia may have been insulated from much of the global financial crisis and our problems may pale in comparison with those of Spain and Greece. But can architecture play a meaningful role in moving us beyond the bland slogans of ‘live-ability’ to positively inform social, economic, industry and innovation policy?

“We are interested in the act of making; in the dirtiness, directness and honesty of architecture. Our interest lies in both the machinations of the process, and the beauty, delight and surprise of excellence.”

“Architecture, for me anyway, involves intention, game theory, systems thinking and relentless testing and improvement. Fine with me if you want to call it design, just don’t forget to do it.”

The photographs were taken by the Australian Institute of Architects for the 2014 National Architecture Conference- Making’. 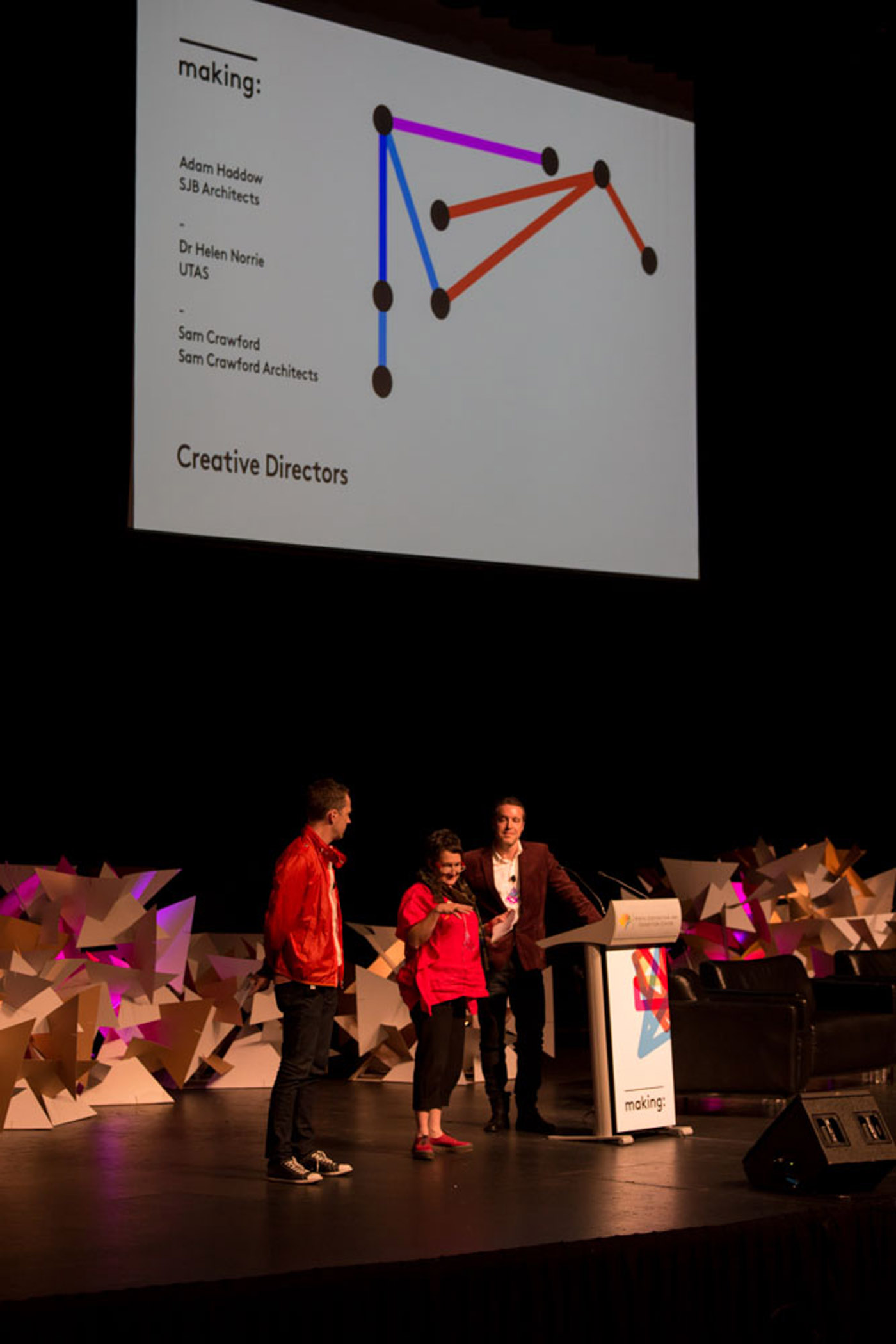 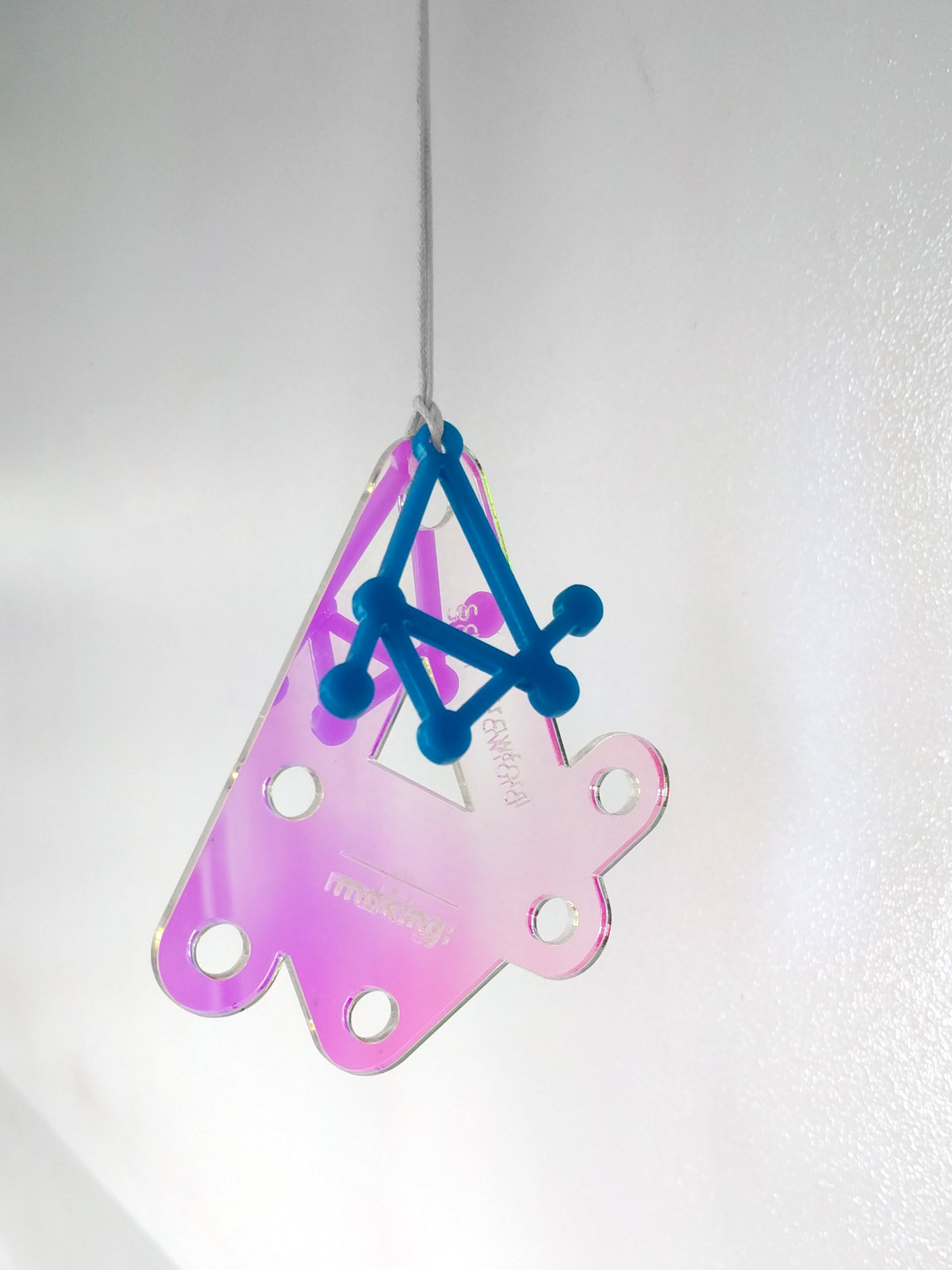 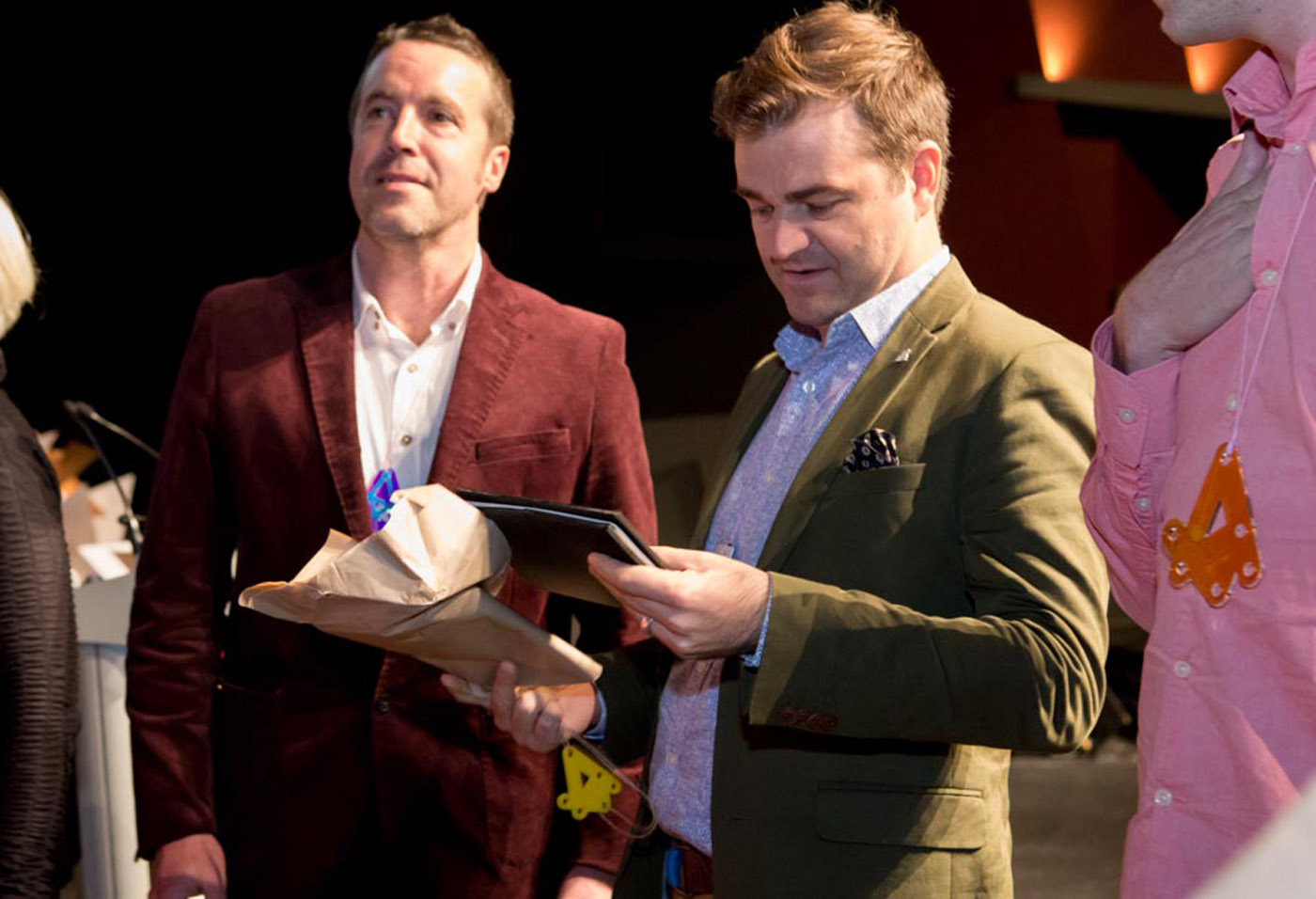 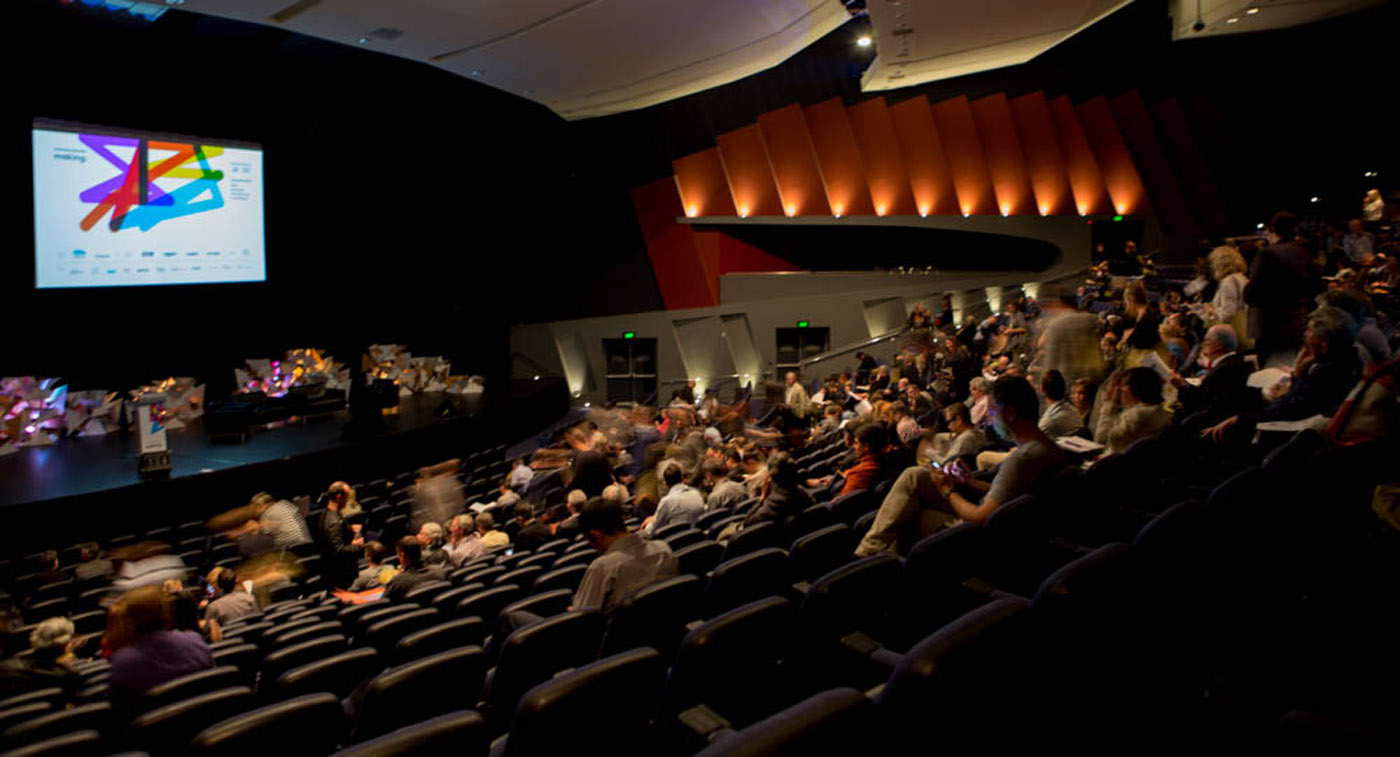